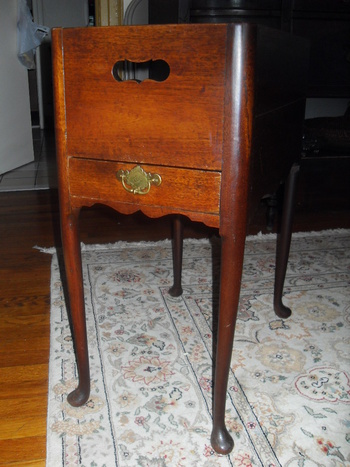 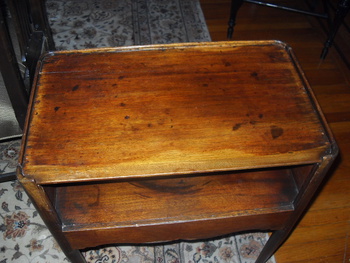 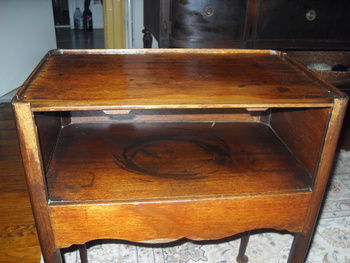 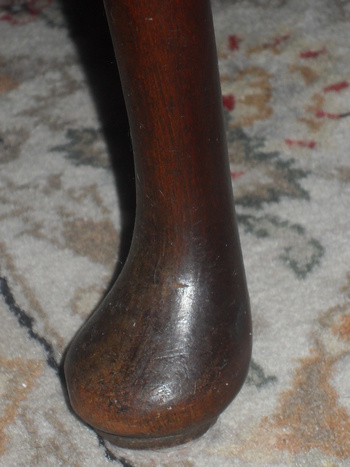 The ubiquitous style known as Queen Anne originated in Europe, and became popular in North America in the early part of the 18th Century. It reached North America around the 1720s and lasted till around 1750.

As was the norm, this furniture style was named after a monarch, Queen Anne of England, who ruled from 1702 to 1714. The Queen Anne style is simpler and more delicate than the preceding styles popular in Europe which were more ornate.
This masterful and important table, with its original patina, stains and normal ,represents one of the earliest known examples of an American Queen Anne tea table.
The attribution of this table to Rhode Island is based on
the form and elegance of the legs, which share the profile of Rhode Island padded-foot tea tables, and on the construction, which mimics the distinctive inset and tray tops of the same tables.
Made of the finest Honduras mahogany, the deep tray top has beautifully carved rounded corners ending in the rhythmic cyma curved apron flows smoothly into the finely modeled long legs, with slender ankles, and crisp platformed wafer pad feet.
The table has an open storage area above slim drawer that retains its original etched brass with the original old rich surface.
In Albert Sack's, "The New Fine Points of Furniture' he refers to a similar as superior on page number 267. The form of this table is quite rare because of the dense legs, the unusual skirt with a storage, slim-line drawer with the original etched brass and its superb original condition. 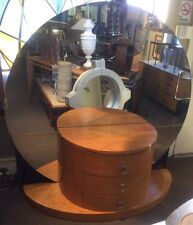 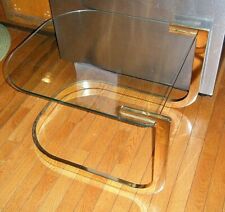 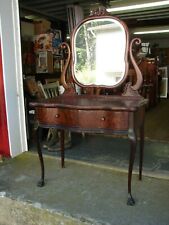