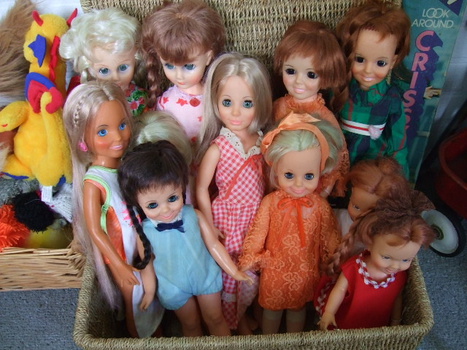 Aside from the two young ladies in the back to the left...this is a nice little collection of Chrissy Dolls I've acquired over the years..."Turnaround" Chrissy in the green dress being my very first one when I was only 12 or 13 in the 70's...I'm now in my 40's! I remember wanting the original Chrissy from 1969 but by that time she was long gone from the stores and back then, there really was no chance of getting one like her unless someone gave one up...not likely! So...over the years as she faded from my memory...along came Ebay! Now, not only do I have the original Chrissy doll and her box but I am also happily building my collection with all of her cousins, friends and even her sister, Cinnamon! I think she was her sister anyway. They sure look alike!
At any rate, there's still a few more out there and eventually I'll be able to have a complete set!
Anyone else remember Chrissy? 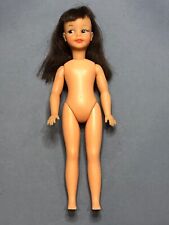 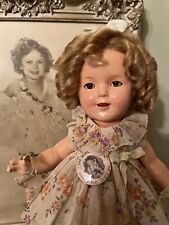