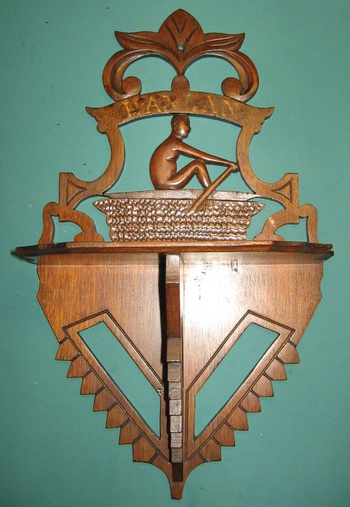 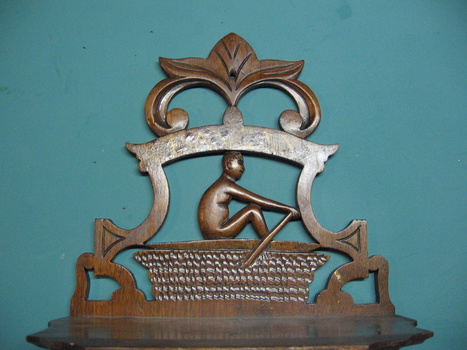 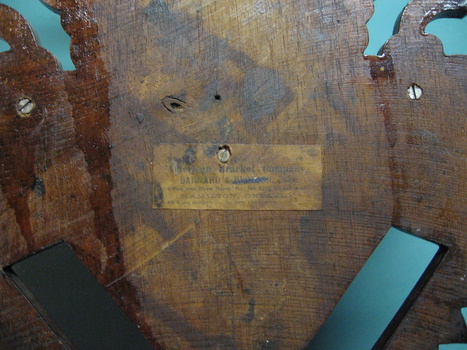 Wall shelf with hand-carved image of Ned Hanlan rowing. This shelf has a label on the back identifying it as being made by the American Bracket Company â€“ Barnard & Branson Prop. Office and Show Room, No.145 King Street West â€“ Hamilton Ontario. Iâ€™ve seen two other examples but all have been slightly different given the carver seems to have been free with his interpretation of Hanlan. One example had him facing the opposite direction (likely just flipped the back panel around) from this example pictured. There is also variation with the waves and the overall size of the rowboat. Iâ€™m guessing it dates from around 1890. Iâ€™ve also seen a small plant-stand made by the same company which had folky horse heads carved on the tops of its legs. I have yet tp find any additional information on the company â€“ business directories would be the next step.