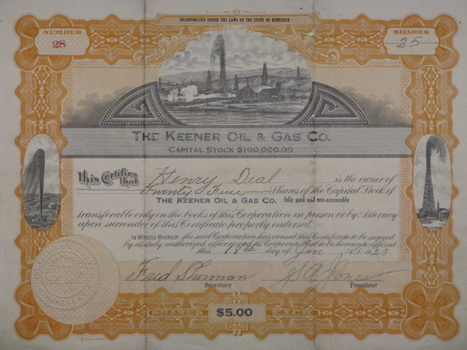 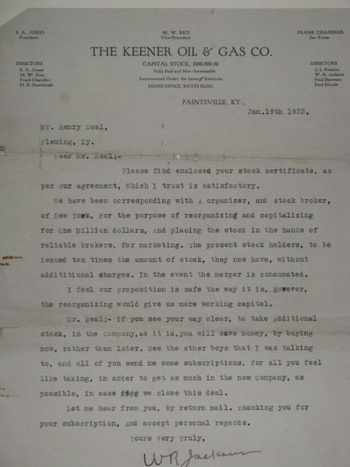 This is a stock certificate that belonged to my great grandfather. It's dated Jan. 18, 1923, and it's for 25 shares in the Keener Oil and Gas Company of Paintsville, Ky.
I'd think the real value here is that it belonged to my grandfather because it's badly creased, but I think it's still pretty cool. There's a letter with it to my grandfather and it appears one of the directors of the company is trying to squeeze a little more cash out of him! I don't know if he ever gave in and bought more, and I've not been able to find ANY information on Keener Oil and Gas (at least in Kentucky, there's another company named that out west), but the letter is funny because it was apparently typed without the benefit of a secretary because there's a zillion typos.
Anyone ever heard of Keener Oil and Gas in Paintsville, Kentucky?