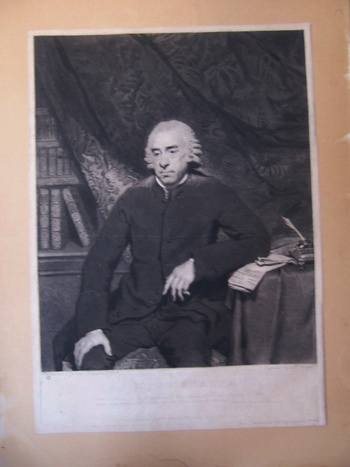 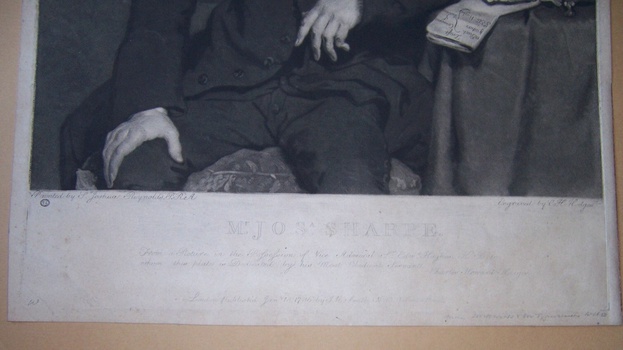 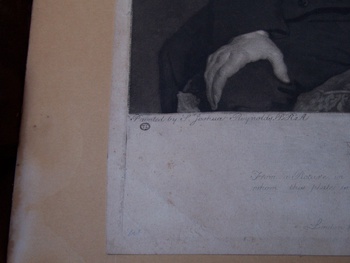 I have this antique mezzotint and over the years I have done some research on line but I am hoping a fellow collectors weekly fan can shed more light on this piece. It is a mezzotint of Mr. Joshua Sharpe engraved by C.H.Hodges from a painting by Sir Joshua Reynolds.
Below the image is as follows:
Mr J O S a SHARPE.
From a Picture in the Pofscfsion of Vice Admiral Sr Edwd Hughes K B to whom this plate is Dedicated by His Most Obedient Servant,
Charles Howard Hodges

In doing my research I discovered that there is a stamp just below where it states who the painting is originally by...it is TL in a double circle. I read that this stamp was added sometime in the first quarter of the 19th century to identify it as having once belonged to the collection of Sir Thomas Lawrence who's collection originally was dispersed in 1814. Any information that anyone out there might have and are willing to share would be greatly appreciated. I brought it to a dealer of fine art and prints and was told that it wasn't very valuable but they would give me $100 for it. So should I have accepted the offer?