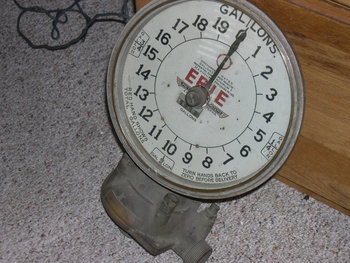 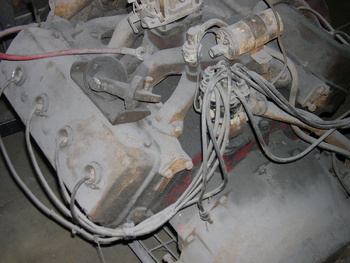 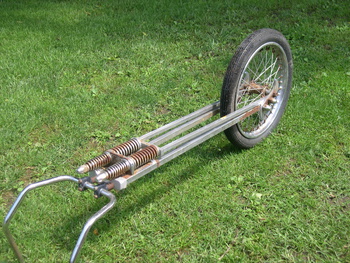 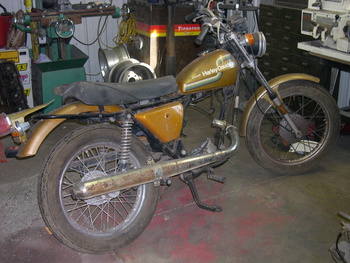 Greg Lane My dad and i were fixing up a 1932 Ford truck a few years ago and i stopped at a farm house just about six miles from me and ask the guy if he had a old flat head or Hemi motor for sale and he said i dont have a flat head but i do have a hemi. Tucket back in the corner of a old shed there it was had been sitting for years and then the guy said i have a older Harley davidson that i would like to sell so we went to the next building and by gosh there was a 1975 Harley Davidson SS 250 with out the motor.Paied $250.00 for both of them.The old pump dial i got when i answered a craigs list that was selling barn boards an as i was looking around i see this solid brass dial that came off of a very early gas pump and showed the gallons you were getting and right next to it was a old solid brass gas pump knozel.All i had to do is trade him two old firextinguishers that i restored. I was happy.The old 60's chopper springer for a motorcycle was under a work bench in a old run down building and right next to it was a 442 olsmobile 4 speed car but he didnt want to sell it.It had been sitting in that same spot for alot of years. The guy was about 75 years old and said some day im going to restort it.YAH RIGHT LIKE I HAVENT HERD THAT BEFORE AND IT STILL THERE TWENTY YEARS LATER.Hope you liked a few of my picks.Its alot of fun and exciting to find some thing hidden away for years and bring it back to life. Thanks for looking Greg Lane Central City Iowa 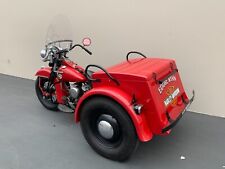 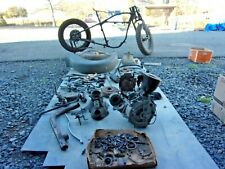 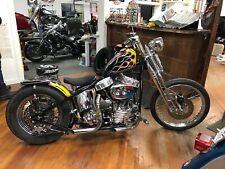 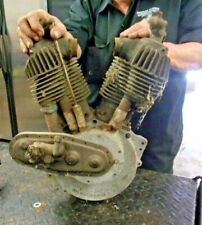