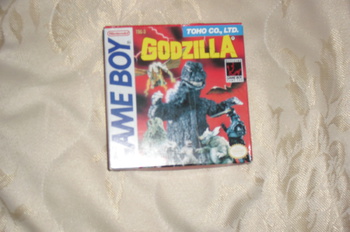 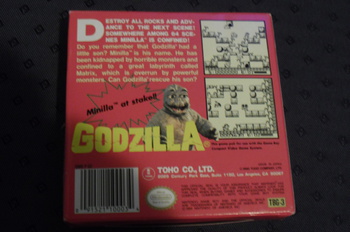 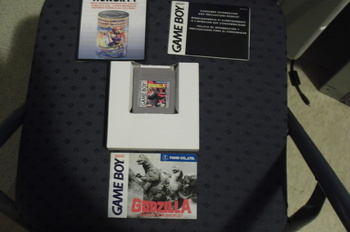 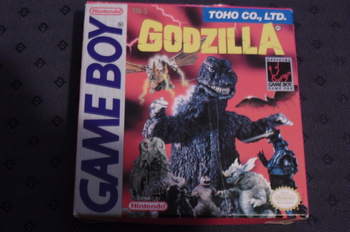 It's so far the only 2 gameboy games of Godzilla, the 1998 verson games don't count.
Although release in American I found that the Verison in Japan is slightly different from the the American Verison, but the neat thing about it is that it has everything the papers, the box, everything.

Often when I see Gameboys often they are just the game its self and many of there boxs are often thrown away of torn apart when open.

This game some how surived with all its stuff, I tested it out and it works great

I found out about this who I give Credit for is James Rolfe who is known as the Famous Angery Video Game Nerd or AVGN for short.