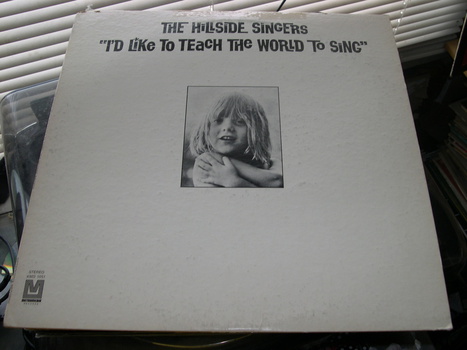 The Hillside Singers were an American folk group. The ensemble was assembled by advertising agency McCann Erickson for the purposes of singing in a television commercial. McCann Erickson had written the jingle "I'd Like to Buy the World a Coke" for Coca-Cola, and had sought to have The New Seekers sing it, but The New Seekers could not fit the project into their schedule and turned it down. McCann Erickson then got in touch with producer Al Ham, who then put together a group of singers for the project (including his wife, Mary Mayo, and their daughter Lorri). The commercial began airing late in 1971 and was extremely popular, convincing Ham to rewrite the song as "I'd Like to Teach the World to Sing" and to record an album and a Christmas record; the single hit #13 on the Billboard Hot 100 chart and #5 on the Adult Contemporary chart, which convinced The New Seekers to issue it as a single as well.