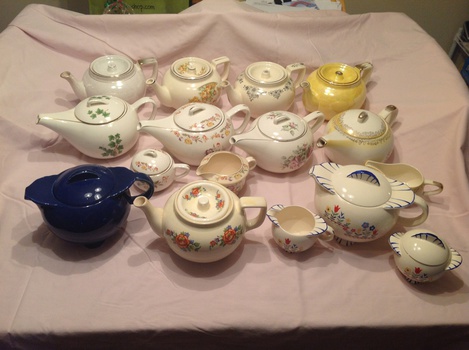 Been collecting Paden City Teapots since I found my first set in approximately 1993.