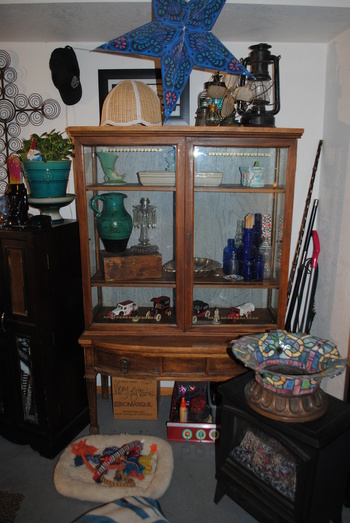 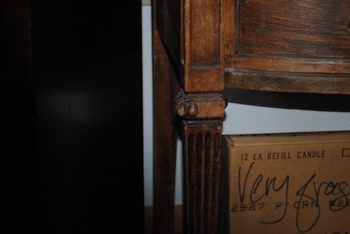 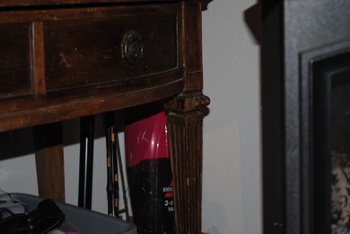 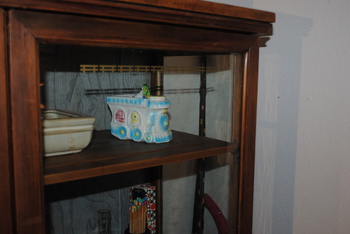 So I know quite nothing about this piece except what a none professional thought they knew. I do know that the back piece was at one time glass, wether mirrored or just see though normal glass I dont know that either, but I was told it was broke at one point at time and replaced with a think cheap piece of plywood I believe it is. The none prefessional said they had been told it was 17th century but looking at it and the defining factors like the nails used and certain things like that tells me way different!! I know these may have had to be replaced but it does not appear that they had been tampered with at all. I dont know much about the design for the trim but that apparently was the giving factor for it to be from the 17th century I was told. Can anyone help figure it out or let me know what it takes to apprpriately date furniture pieces like this one because I would love to know the history of my piece. Thanks!! 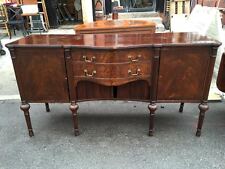 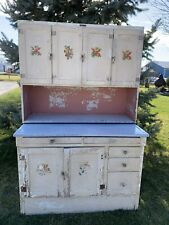 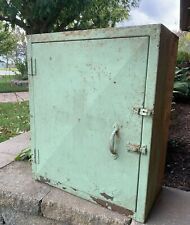 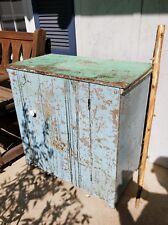