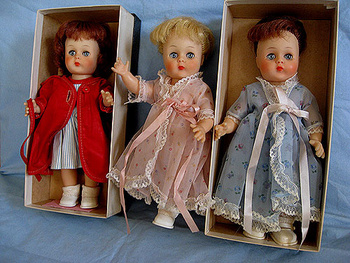 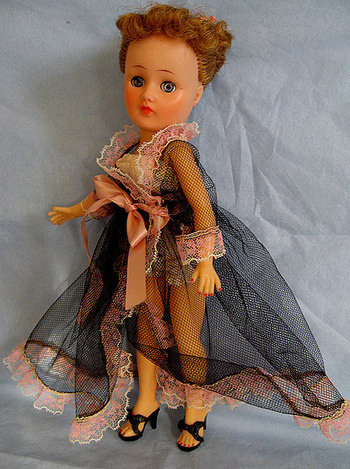 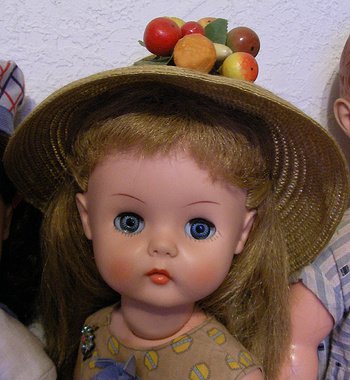 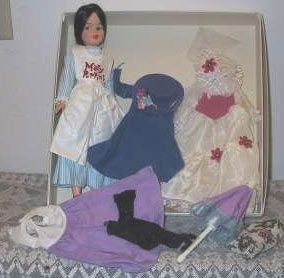 This is a group of vinyl Horsman dolls from the mid 1950's to early 1960's.
From the left: Three 9 inch Peggy Petite in their original boxes, 10 1/2" Cindy who is all original, Magic neck Ruthie only produced with the magic neck feature in 1957, and last is my Mary Poppins doll set that was given to my by my Grandmother wt the time that the Disney Mary Poppins movie was released. It was kept at the ranch (Grandma's house) and that was where I played with Mary. I don't think the other grand kids knew that I was Grandma's favorite!