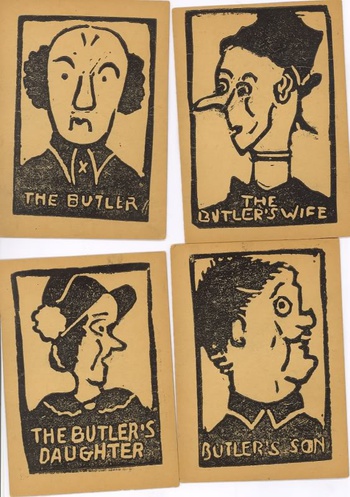 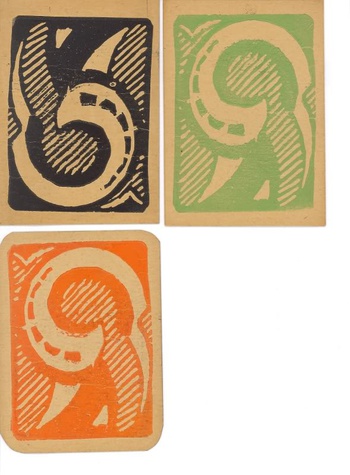 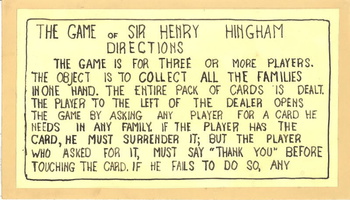 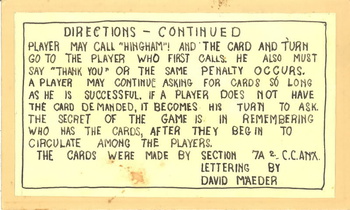 I got this game several years ago as part of a box lot at an auction of ephemera and other paper goods - have spent a bit of time trying to figure out where/when it would have been made, but have had absolutely no success.

The cards are roughly 3"x4" and appear to have been block-printed onto inexpensive cardstock. The game instructions are very similar to the UK game "Happy Families", and feature a number of different family groups identified by occupation. The only real clues as to its origin are the credit on the back of the Directions card, where it says "The cards were made by Section 7A 2. C.C.ANX." One suggestion I have received elsewhere was that they possibly were made in a prison print shop, and also that the "Sir Henry Hingham" name suggests a UK origin. Based on the Art Deco design of the backs, I would guesstimate that they were made ca. 1930s.

A partial set of Old Maid cards made in the same style was also included in the stationers' box that contained the Sir Henry Hingham set.