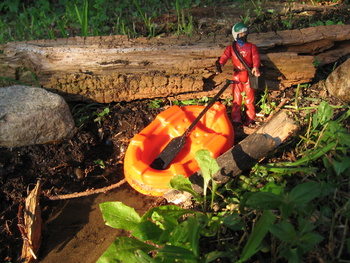 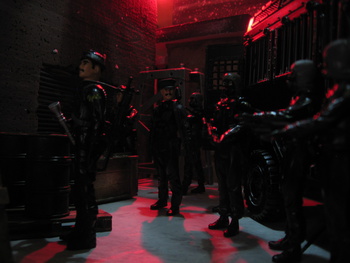 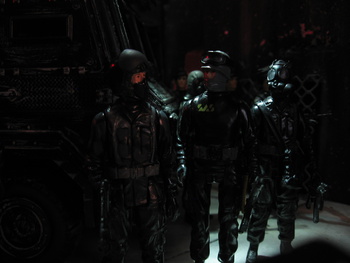 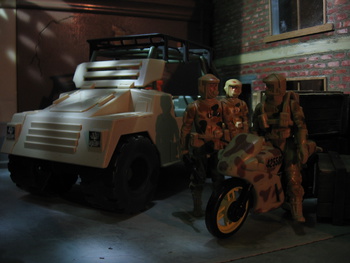 These are shots of my vintage Action Force figures in action! Palitoy made these to grab up some of the Star Wars action figure market. You can see all of the different lines of Action Force figures here:
www.yojoe.com
Some of the different AF lines were:
-Z-Force
-Q-Force
-Space Force
Some figures are very desirable and pricey. Others are pretty common and based on condition can be pretty cheap. I have no problem with touching them up with paint, so a "played with" figure doesn't bother me. The early figures have the traditional five points of articulation while later Z-Force figures used molds from Hasbro's GI Joe line.