Fact: The VERY Rare 1944 StL. Browns American League Championship pennant is one of the most valuable Pennant championship pennants to this day. Very few were bought. The last one that was available auctioned for $4700 dollars. 44 series was in St. Louis. Brother against Brother and unfortunately for the Browns Cardinals won them over, and they did it with a statement with 7 Pennants and 4 World Series Wins. 2 of which were over the Yankees... The poor Browns all though were in St. Louis first didn't have a chance. So you guess it, very very few people bought that pennant making it one of the most valuable to this day.. 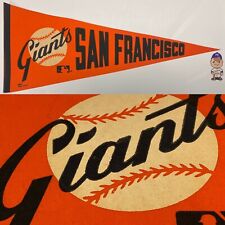