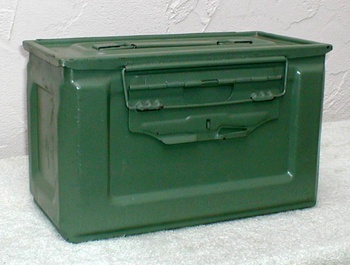 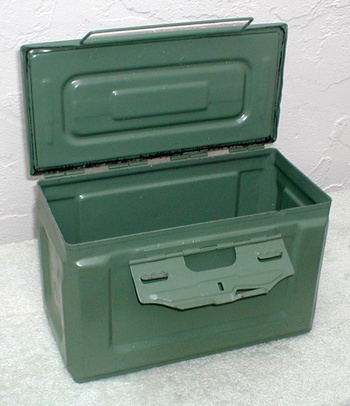 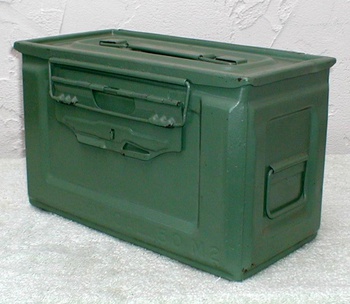 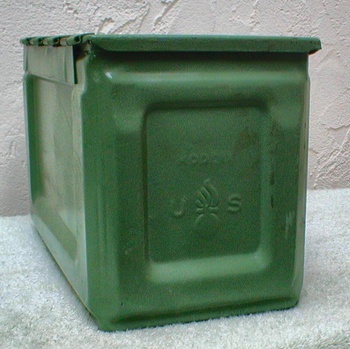 This is a U.S. Military ammo box made by "Modern" for .50 caliber M2 machine-gun ammo. The box held 105 rounds with a gross wt. of 35 lbs. -- There were several different shades of military olive-drab color (brownish-green) used and also some were painted white (mainly for use in tanks). Most of these boxes were repainted at least once during their lifetimes (as was this one). These ammo boxes were made by at least 14 different companies and this one was made by the Modern Company. The front clamp has the ring retention slot in the clamp but I am missing the ring retainer which were frequently lost and replaced in the field by hand-grenade ring-pins.