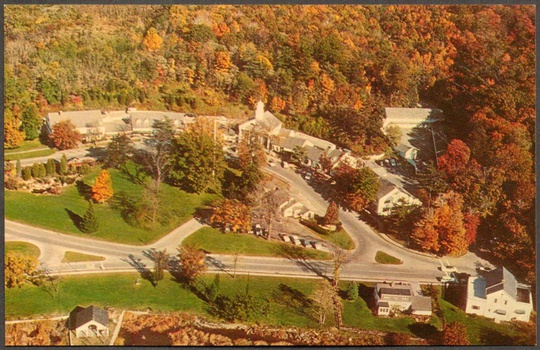 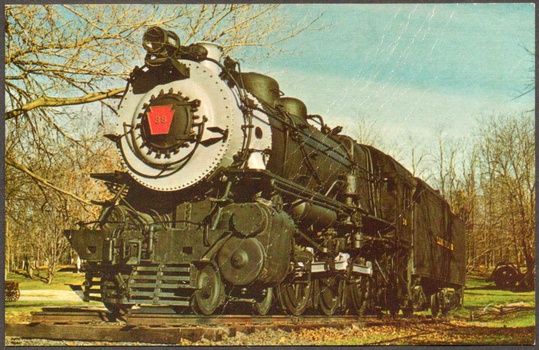 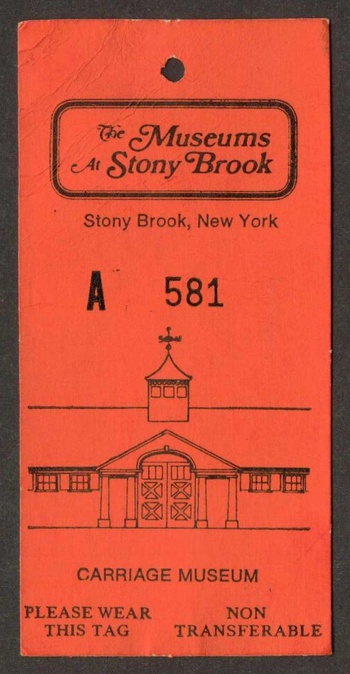 These are two postcards and an admission tag from a visit in 1976 to the Stony Brook, NY Museum and Carriage House. Both cards are unused except for the date handwritten on the backs. (August 14, 1976).
The first card is an aerial view photo and the description on reverse reads: Stony Brook, Long Island, New York - Historically recreated village on Long Island's scenic north shore about 60 miles from New York City. Home of the State University of New York, Suffolk Museum and Carriage House, and numerous restored early American homes. One of the most beautiful village settings in the nation.
Card is # 33423 - Photo by J.J. Heatley, Smithtown, N.Y.
The second card is: Locomotive "Long Island 38" - Built by Pennsylvannia Railroad's Juniata Shops in 1928 for the LIRR (Long Island Railroad) as No. 39, renumbered by the railroad in June, 1956 after No. 39's Keystone number plate was donated to Brooklyn Dodger's catcher Roy Campanella. - Now on display at the Carriage House Museum in Stony Brook, N.Y., No. 38 was restored by the Long Island Sunrise Trail Chapter, National Railway Historical Society. Card # RP320 - Photo by Edward L. Conklin III
- Card published by Audio-Visual Designs, Earlton, NY.
The third picture is the Admission tag stub #A 581 you had to wear on your person during your visit to allow access to all the different areas of the museum and carriage house.