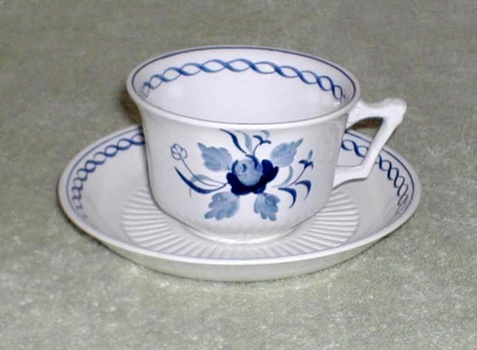 This is a Wm. Adams micratex cup & saucer set in the "Baltic" pattern. There were two different "Baltic" patterns made by Adams. This is the first pattern which was made from 1963-1969. (The second pattern was made from 1969-1989 and was a brighter white and the blue flower design had a darker, fuller blue center flower). The backstamp on the cup says simply Wm. Adams & Sons / England / Micratex and the saucer backstamp has the full blue crown stamp - Adams / Real English Ironstone / Estp 1657 England / Micratex / and "Baltic" - Circa 1960's 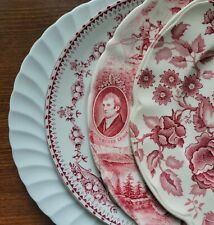 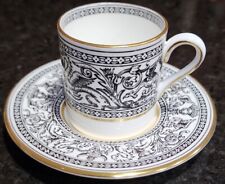 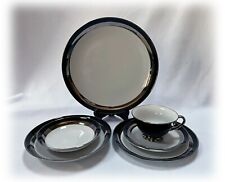 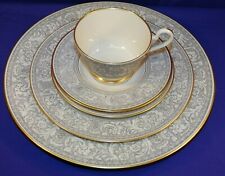