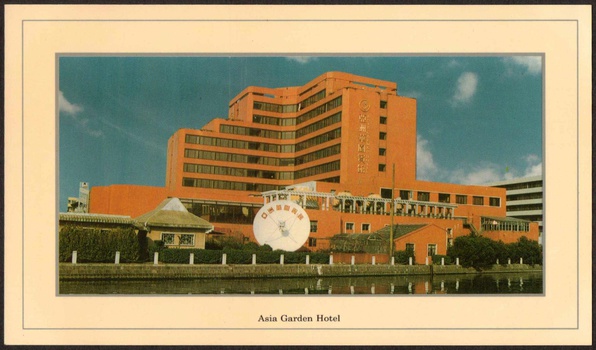 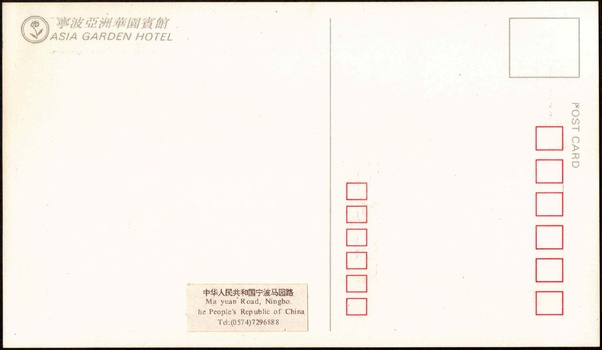 This is a 1995 unused postcard from the Asia Garden Hotel, Ningbo, China. Ningbo, also formerly written Ningpo, is a seaport city in the northeast of Zhejiang province, People's Republic of China and has a population of over 7.5 million inhabitants. The Asia Garden Hotel first opened in 1995 and was the first 3-star hotel in Ningbo catering to foreign business people.