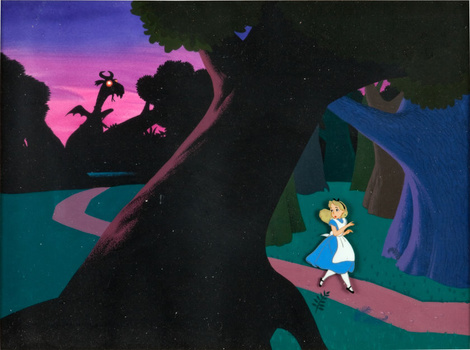 "Beware the Jabberwocky" was a scene filmed, but not included, in the 1951 Disney animated feature production. Based around a song to have been sung by comedian Stan Freberg, the sequence was determined to be "too scary" for children. Art for this scene was later used in books. This set-up has a freighted Alice looking behind her (on an acetate overlay), as the fearsome, glowing-eyed beast appears beyond the trees. The background is original art done in gouache on five-hole illustration board.