The photo collage is autographed by both Mickey Owen and Tom Henrich. The strike out would have ended the inning with the Dodgers leading. After Owen dropped the ball, allowing Henrich to reach base, the Yankees rallied to win the game and Owen's passed ball ramains a bitter pill for old time Brooklyn Dodgers fans to swallow. The players autographed the photo at one of the annual Brooklyn Dodgers Hall of Fame dinners. Both Owen and Henrich have since passed away. 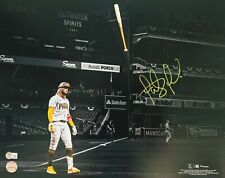 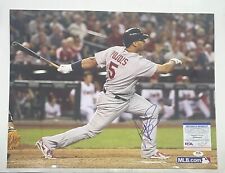