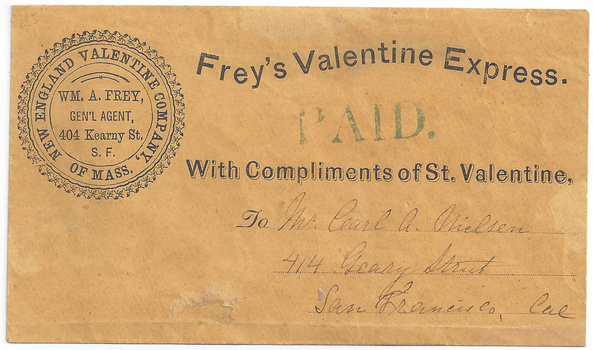 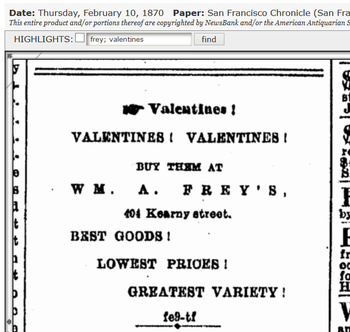 Esther Howland's New England Valentine Company came into prominence in early 1870s. The San Francisco ad shown is from 1870 and is the first of William Frey's ads that has been found.

US Stamp Covers
See all