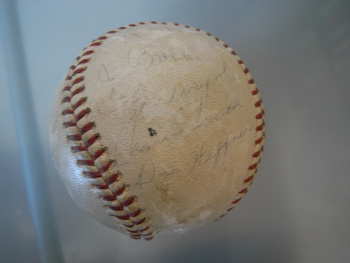 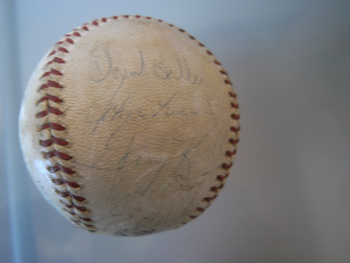 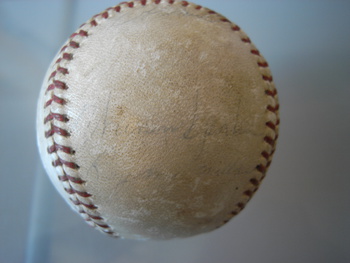 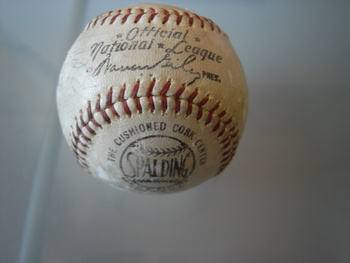 my name is Lars and I live in Germany. While cleaning up the basement of my parents house I found an old american baseball with lots of signatures on it. It must have once belonged to my dad's aunt who met a US soldier after the war and moved with him to the states. She lived in New Jersey until she died in 1996. I seem to remember having heard the name "Mets" when I was a kid but I'm not sure whether that's where the baseball comes from.

can anyone identify from when exactly this ball originates and whose signatures are on it (as far as they are visible on the attached photos)?