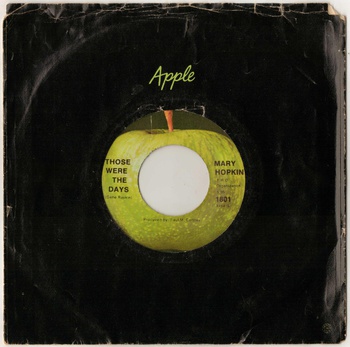 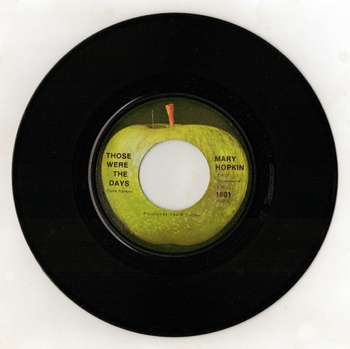 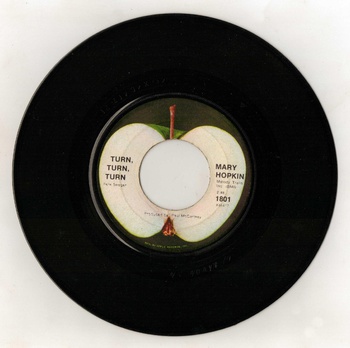 This is a 45rpm "oldies" in its original sleeve released in 1968 by Apple Records of "Mary Hopkin". / (1968) - Apple Records #1801 (Apple 2 in UK)
- Side A - "Those Were the Days" / - Side B - "Turn, Turn, Turn"
Apple Records was a record label formed by The Beatles in 1968 - this is the second record release on the Apple label - produced by Paul McCartney
*** Mary Hopkin (born 1950), credited on some recordings as Mary Visconti, is a Welsh folk singer best known for her 1968 UK number one single "Those Were The Days" which also reached number two in the US Billboard Hot 100 selling over a million and a half copies in the U.S. alone. She was one of the first musicians to sign to The Beatles' Apple label. (The first was Frank Sinatra, other notables in the first year were Billy Preston, James Taylor, the Modern Jazz Quartet, and the Iveys, later known as Badfinger)