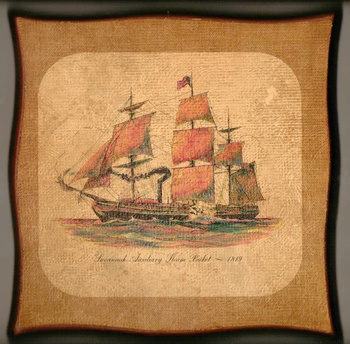 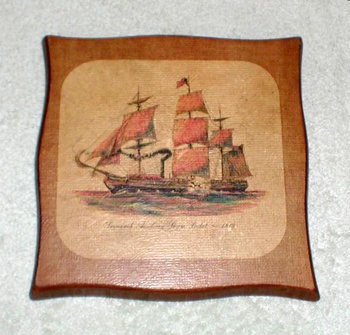 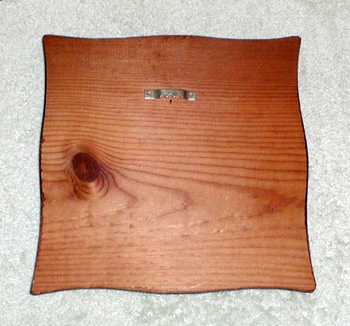 This is a print of the Steamship "Savannah" applied to a wooden plaque with a lacquer coat. - The wood plaque is 8" by 8" and 3/4" thick.
Printing under ship says "Savannah Auxiliary Steam Packet ~ 1819"
** The American steamer Savannah was built in New York as a sailing vessel and was almost immediately converted to a 75-hp auxiliary steamer. It was the first steamboat to cross the Atlantic Ocean, leaving Savannah, Georgia in 1819 under steam for Liverpool, England. It carried 25 cords of wood and 1,500 bushels of coal for fuel, but neither a single passenger nor any cargo. On the 29-day passage to Liverpool, the Savannah operated its engines for about 100 hours, or 16% of the time. The rest was spent under sail. After returning to Savannah 6 months later, the engine was removed and the sailing vessel began packet service between New York and Savannah. After a successful year as a packet, the Savannah wrecked at Fire Island, NY in 1821.