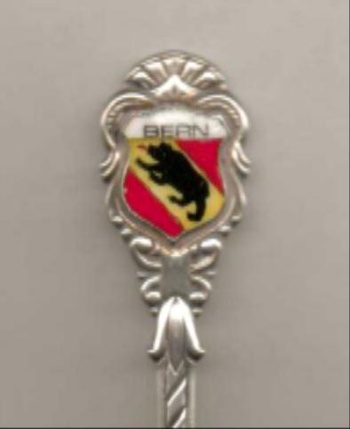 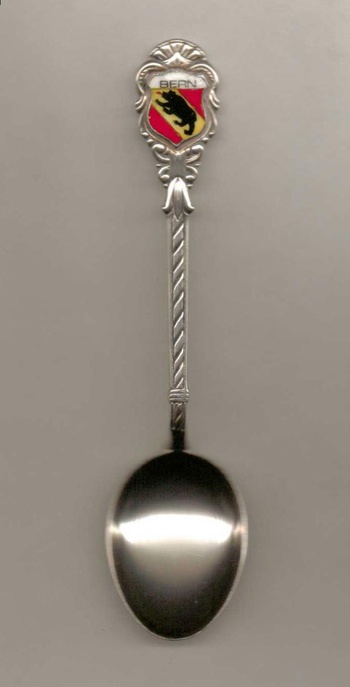 This is a souvenir collector spoon - 3 7/8" long / diagonal lines handle
Topic: Bern (Switzerland) - Coat of Arms of Bern
- Multi-colored enamel shield-plate / clear coating / crown top
- Circa 1940's / Maker mark: SILTA - Switzerland / 800 silver
--
*** The city of Bern is the fourth most populous city in Switzerland. Bern is also the capital of the Canton of Bern, the second most populous of Switzerland's cantons. In 1983 the historic old town in the center of Bern became a UNESCO World Heritage Site and Bern is ranked among the world's top ten cities for the best quality of life.