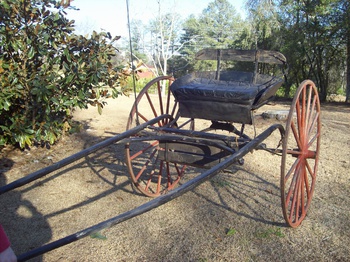 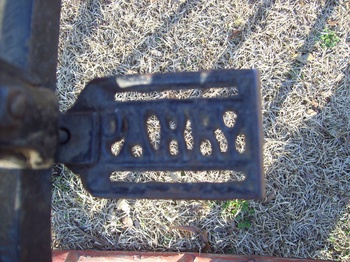 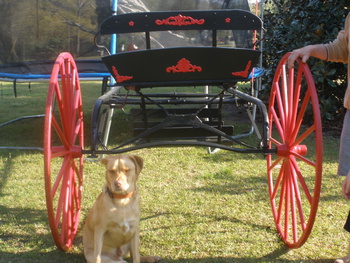 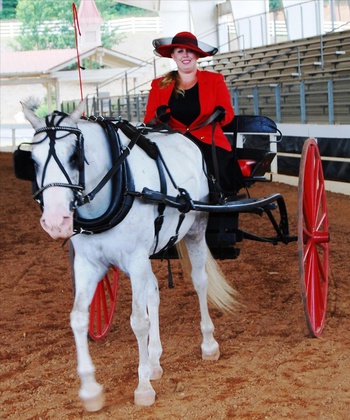 I didn't want to spend a fortune on a cart for my first time of training my pony to drive. After much searching, I bought an old cart that was useable for $500- which is cheap for a cart. Upon investigating, I found that the step up plate is a tag for Parry MFG. Company. From the limited history about the company, I found it was made circa 1880s-1910 and was a popular roadster cart, known for it's smoothness. I had intended to find a nice show cart later if the training went well, but I decided to make a project of restoring this one, since antique carts are a rare gem and very appealing to show in. The process was delicate and I had my handy woodcrafter grandpa help me. The old faded, peeling paint had lead it. The entire cart, including the wheels are original wood with a metal rim. Also the tool to get the wheels off was part of the metal whip holder(you could not use a wrench to get the wheels off) The wheel bolt was square shaped. All the tiny bolts and nuts that held the cart together are a weird square shape that modern tools don't match them. I did not remove them because they were stuck good and didn't want to break them since there was nothing wrong with them. The metal parts in the basket and seat had some rust from age, but minor. We did a sandblast and repainted the cart the original red and black colors. I added red scrolls to the back with wood glue. I have received tremendous compliments. Some of my friendly competitors(the older ladies) told me that in their opinion these types of carts fetch anywhere from $3,000-$6,000 because they are rare.