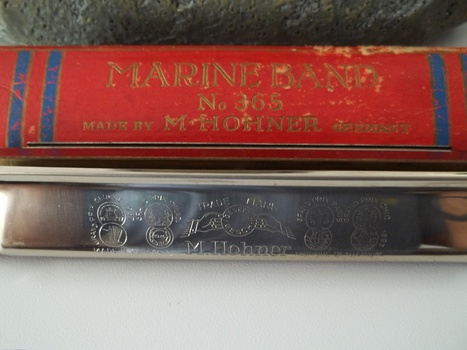 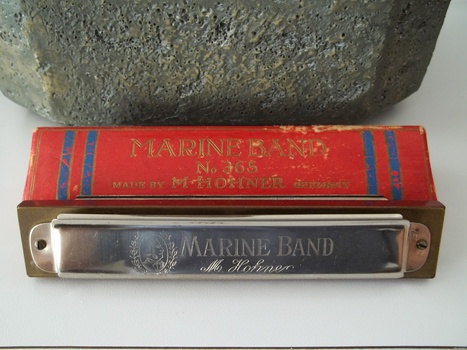 The Marine Band 365 has fourteen holes and is available in keys C and G only. The Marine Band has been Hohner's most popular model of harmonica for generations. Made in Germany on a wood comb, most blues and rock artists play a Marine Band. Several noted users are Bob Dylan, John Lennon, Bruce Springsteen, and Neil Young. There are various subdivisions of the marine band.
Hohner Musikinstrumente GmbH & Co. KG is a company specialising in the manufacture of musical instruments. Founded in 1857 by Matthias Hohner (1833–1902), Hohner is identified especially with harmonicas and accordions. The Hohner company has invented and produced many different styles, and most of the harmonicas used by professionals. The company also makes kazoos, recorder flutes, melodicas, guitars, bass guitars and ukuleles (under the brand name Lanikai), along with its one million harmonicas a year.