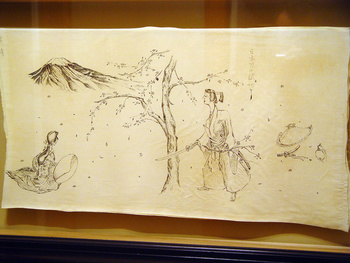 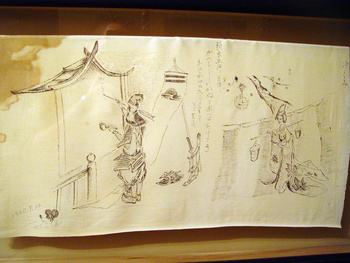 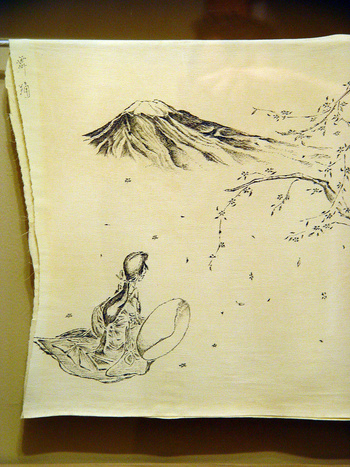 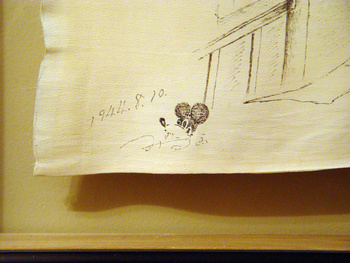 I've had these drawings for a few years. Both are about 13"x23" ink on silk. They look like a pillowcase with the ends cut off. There are areas where the artist drew in pencil first, then ink over it. The ink is even visible on the second layer of ink in a few spots where it was put on heavy. One is signed and dated 1944, but I can't make out the signature. The weird part is the old Mickey Mouse (Steamboat Willie) that appears on it. One has a water stain in the corner. I got these from a student of mine who said they were hidden behind the wall in an attic that was being torn down. Both drawings had stickers on them from the Joseph Sartor Galleries in Dallas, TX, which I have the stickers. How they ended up in Eastern KY, I have no idea. The drawings are very detailed, featuring Mt. Fuji, samurai warrior and geisha girl.