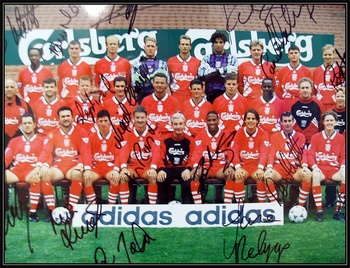 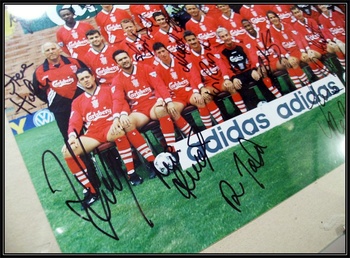 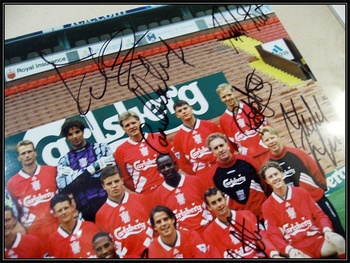 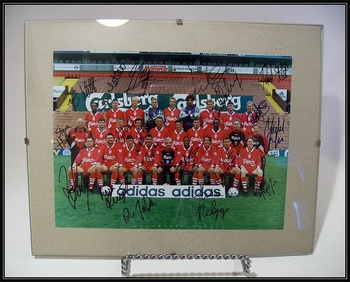 Found this here for only a couple bucks at SA. Over-the-pond soccer team. I think you refer to it as Football, while we call it just Soccer her. Same thing.....LOL. From what I can tell from the uniforms from around 1993 - 1995 era. I also noted the *shorts shorts* LOL. From what I could find on-line, it appears this uniform was from 1993 to 1995:

It is signed (and is not Auto-signed penned type) but real signed in black sharpie marker. Problem is -- I know none of the players names back then, so impossible to find Signature Examples.

I am assuming this may have been discarded by a UK Soccer fan that moved here to Canada and decided since they can not *attend* the game as a Fan anymore, maybe they felt they could let it go. Just a guess as why would someone get rid of something like this??

Anyways -- any Liverpool soccer fans out there that can help with player names/signature?? Thanks