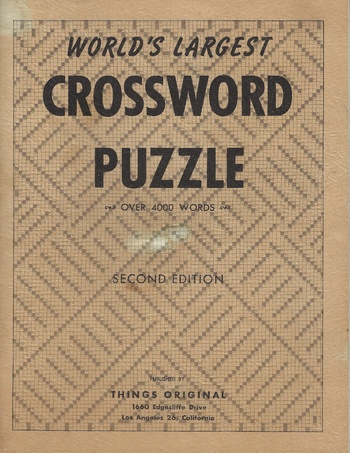 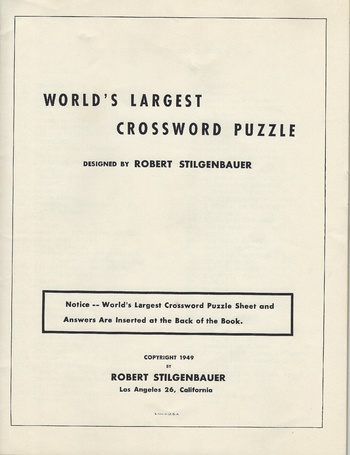 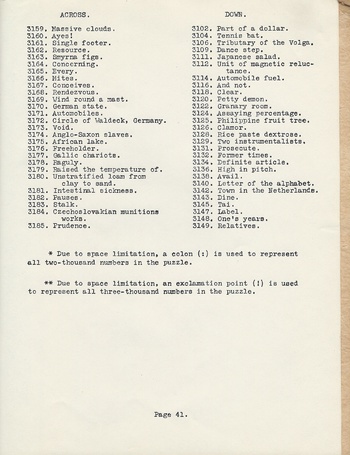 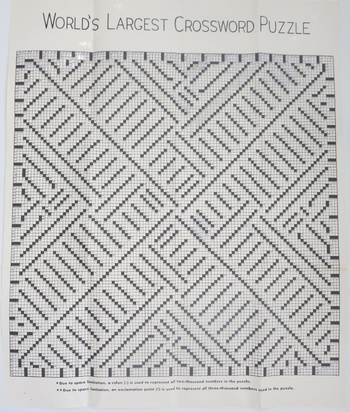 World's Largest Crossword Puzzle
Over 4000 Words
Second Edition
Copyright 1949 by Robert Stilgenbaur, Los Angeles 26, California.
The puzzle insert measures 31 inches by 25-5/8 inches.
The cover page states that the answers are inserted at the back of the book, but these are missing.
Pages 1 - 41 Are the definitions for the word to be defined in the puzzle. There are 1-3185 across and 1-3149 down.
I was not the one who started working on this puzzle.
Thanks for looking,
Dave
A little history on crossword puzzles by George Eliot:

This is a puzzling world
George Eliot

Crossword puzzles are said to be the most popular and widespread word game in the world, yet have a short history. The first crosswords appeared in England during the 19th century. They were of an elementary kind, apparently derived from the word square, a group of words arranged so the letters read alike vertically and horizontally, and printed in children's puzzle books and various periodicals. In the United States, however, the puzzle developed into a serious adult pastime.
The first known published crossword puzzle was created by a journalist named Arthur Wynne from Liverpool, and he is usually credited as the inventor of the popular word game. December 21, 1913 was the date and it appeared in a Sunday newspaper, the New York World. Wynne's puzzle(see below) differed from today's crosswords in that it was diamond shaped and contained no internal black squares. During the early 1920's other newspapers picked up the newly discovered pastime and within a decade crossword puzzles were featured in almost all American newspapers. It was in this period crosswords began to assume their familiar form. Ten years after its rebirth in the States it crossed the Atlantic and re-conquered Europe.
The first appearance of a crossword in a British publication was in Pearson's Magazine in February 1922, and the first Times crossword appeared on February 1 1930. British puzzles quickly developed their own style, being considerably more difficult than the American variety. In particular the cryptic crossword became established and rapidly gained popularity. The generally considered governing rules for cryptic puzzles were laid down by A. F. Ritchie and D. S. Macnutt.
These people, gifted with the ability to see words puzzled together in given geometrical patterns and capable of twisting and turning words into word plays dancing on the wit of human minds, have since constructed millions of puzzles by hand and each of these puzzlers has developed personal styles known and loved by his fans. These people have set the standard of what to expect from a quality crossword puzzle.
(http://www.crosswordtournament.com/more/wynne.html) 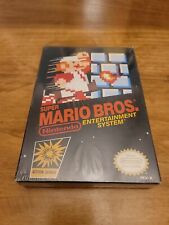 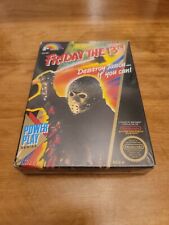 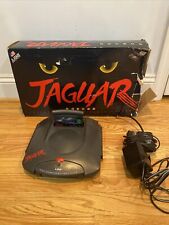