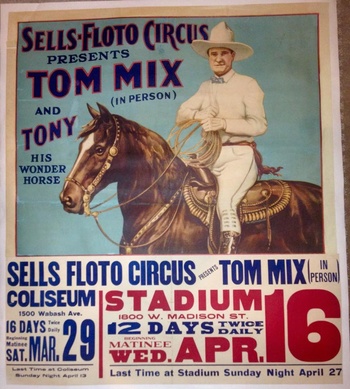 In 1930 the Sells-Floto Circus began its tour with the "Chicago Indoor Season." For 16 days the show featuring headliner Tom Mix performed at the Coliseum on Chicago's south side - followed by another 12 days at the new Chicago Stadium on the west side. Both venues were the site of dozens of circuses during the 20th Century - but it was rare that the same show played both buildings during the same season.