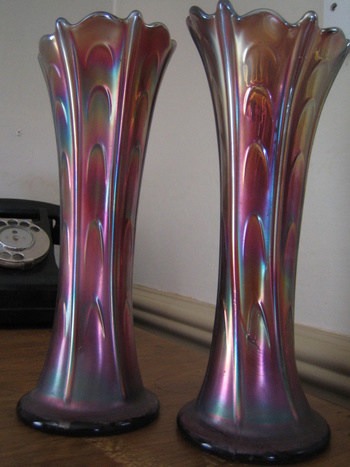 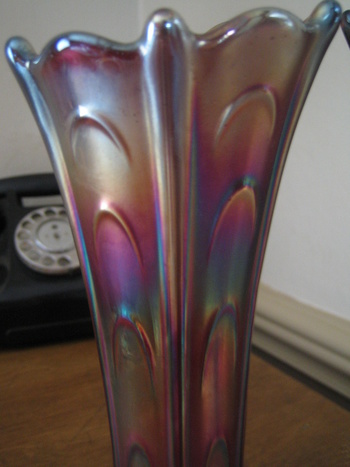 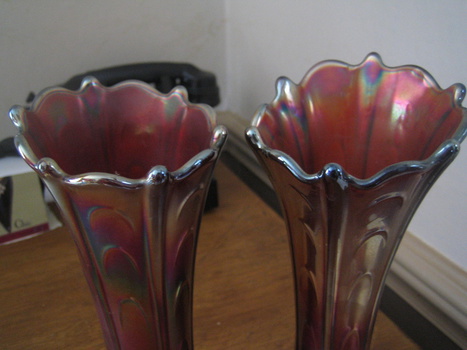 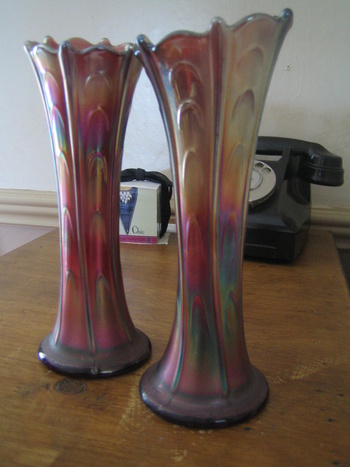 We found these in my in-laws cupboard during a house clearance; then they went in our loft! Now we're having a clearance, but i thought they were rather curious and deserved an airing - especially as we are now extending our lounge; they could be given a new lease of life.
I would dearly like to know more about them though, like were they made in England or abroad ( my husbands family used to travel the world in circuses as strong men) and what type and colour are they classed as? How old would they be? They really have a quite attractive aura about them and it is hard to believe that they would have been given as fairground prizes!
Any advise or information eagerly awaited. 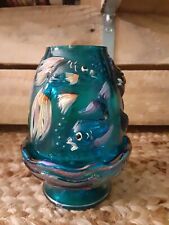 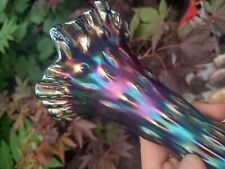 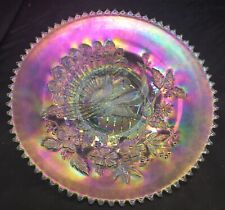