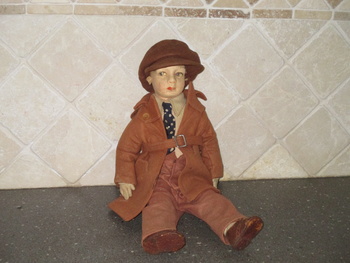 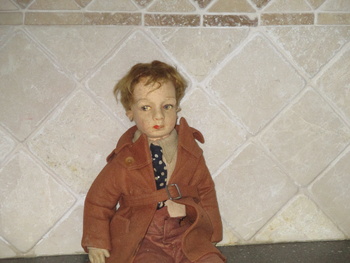 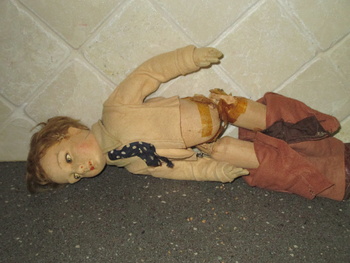 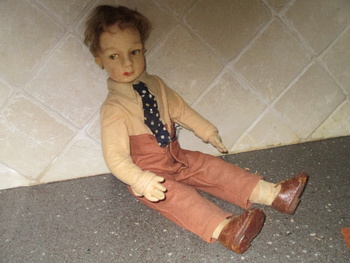 I've had this doll for around 50 years. It was giving to me by a family member who received it from her father as a gift. The clothes on the doll are nicely fitted and very well made with attention to detail. The doll appears to be stuffed with saw dust or similar material. It is approximately 15 inches tall, arms, legs and head all move. There is a small hole in his mouth, I was told originally he had a cigarette. Most of the clothes appear to be made of wool, shoes look like leather his hair feels real. He has some holes near his joints other than that he is in nice condition. Tape was placed on the holes in his body by the previous owner, the tape has yellowed over the years, see pictures.

I've had this stored in a drawer for years, it was not displayed. It is time to display him so he can be enjoyed rather than being hidden in the drawer.

I would love to know more about the doll so hoping folks can share information on age and where it might have been made. The individual who gave me the doll said she knows her dad returned from over seas with the doll but couldn't remember from where, I am in the US.

Suggestions on how to preserve him are also welcomed. As I said I know nothing about dolls so need help from the experts to be sure this guy survives.