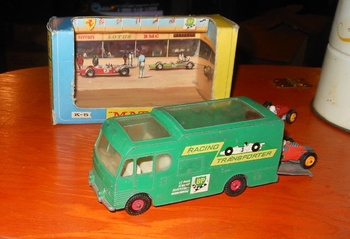 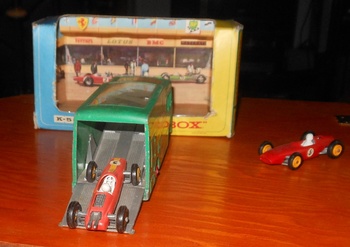 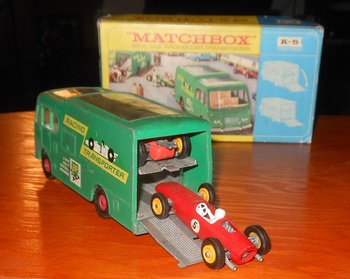 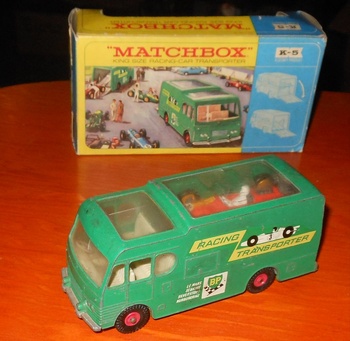 This was from either 1967 or 1968. In 1969 the detailed box interior was light blue with no graphics and it was first released as a King Size in 1967. Before that it was part of the Major Pack line.
In the meantime it is loading up a pair of race cars (sold separately). First the Lotus goes into the top rack and then the BRM. Then off to home.