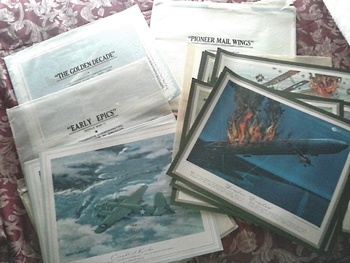 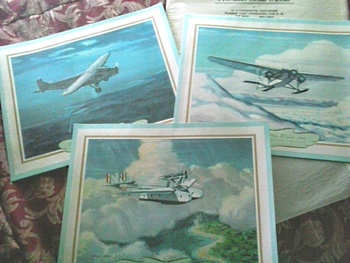 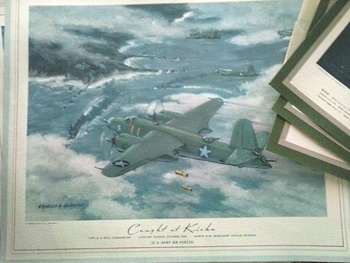 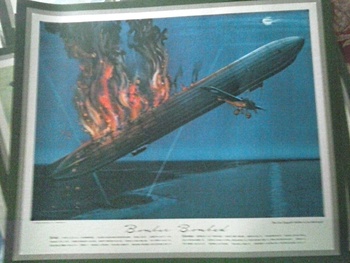 I found a huge plastic bin at Salvation this morning containing these wonderful lithographs. I went through them and picked out 10 or so sets. Each set is in a cellophane envelope and contains 12 prints. One for each month of a designated year from the 40's through the 60's. I haven't even looked at all of them, but the ones I did are awesome. Hubble painted these for calendars used by the Cleveland company TRW who specialize in the aviation and automotive industry. While not terribly valuable (his original watercolors are though) these are still very collectible. I must have well over a hundred and it would be impossible to post them all, but here's a small sample. -Mike-

Charles Hubbell was born in Cleveland, Ohio in 1899. As a boy of 10 he became interested in aviation when a friend gave him an aeronautical magazine and he became an avid model airplane builder. Before he completed high school, he had designed and built many models as well as a man-sized glider. He graduated from the Cleveland School of Art in 1923. He traded his early paintings for flight time, soloing in 1925. He received CAA pilots License number 9792.
Hubbell was the world’s best-known artist-historian of the early air age. He was a stickler for detail and he went to great lengths to assure accuracy, not only for the aircraft, but the backgrounds as well. He would traveled more than 65,000 miles in a single year to obtain technical information to stamp his paintings with authenticity, and to capture the clouds and terrain that set the mood of the many colorful scenes depicted in his work.
During his association with TRW (Thompson Ramo Wooldridge Aerospace and Automotive Inc.), Hubbell had created 32 calendars and more than 375 individual oil paintings. His watercolors and drawings number over 600. Hubbell’s paintings have hung in the white house, in museums, palaces, libraries, and homes of countless thousands of aviation buffs throughout the world.