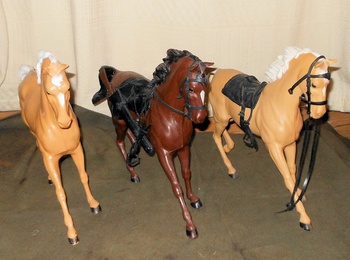 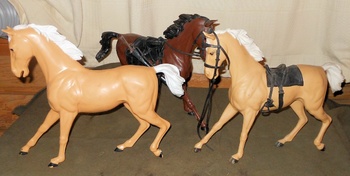 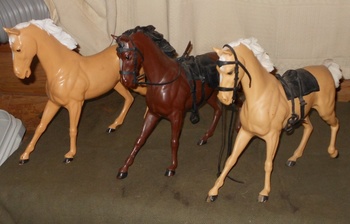 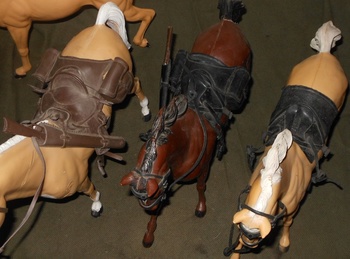 This is one of the earlier Marx horses first released in 1965. Usually it was sold in a combo set along with Jane West. Note quite sure on this but I believe this horse went extinct in 1968 when they released the Fort Apache Fighters line. Flame was replaced by the articulated horse Comanche which was basically the same horse but with articulated legs. I prefer Flame by far as Comanche can not stand up but gimmicky won out and Comanche lasted for 10 years.
There were there three basic variations. Actually 2 1/2. Bay(brown), palomino and palomino glossy. In photo two glossy is on the left and the flat color on the right.
Flame came with the western saddle but mine have the cavalry saddle on them. The western saddle on a Thunderbolt horse is on the left in photo four.