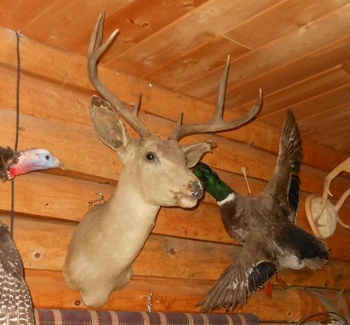 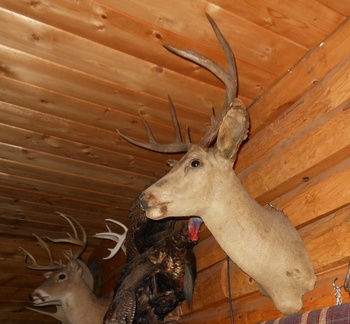 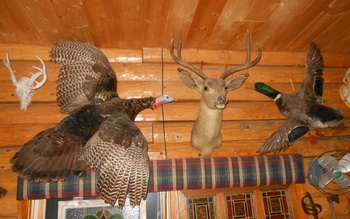 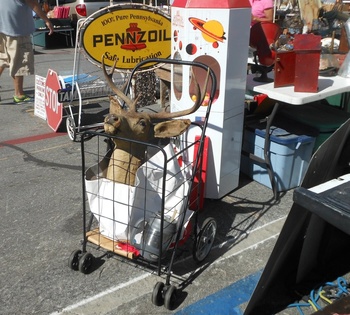 This was a big hit at the Rose Bowl as people were stopping me and asking how much I Paid for it ($55 by the way). One of the sellers told me his name is Stanley, not the one I bought it from, so his name is Stanley.
Stanley shows some age as there is some cracking in the nose and some splitting around the ears. He is a four pointer according to the west coast system which counts the points on one side. Could just be three points depending on what they count. On the eBay system it is 8 points which counts anything that looks like a point.
Mule deer have wider antler spread along with the bigger ears thus Stanley is a mule deer.