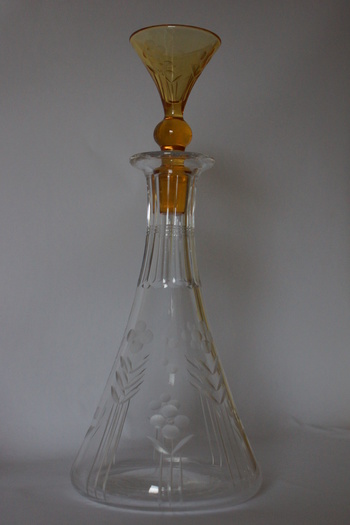 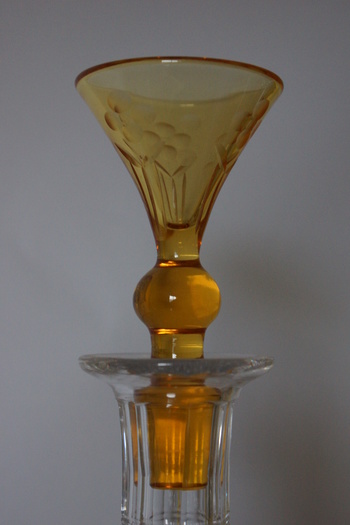 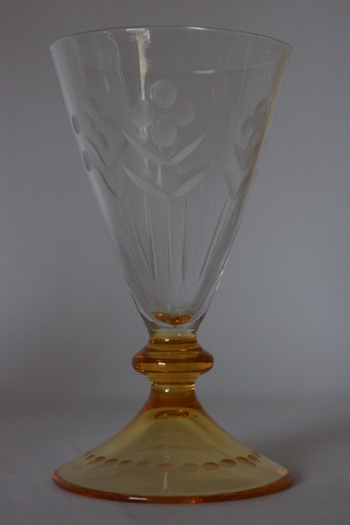 A Stuart Crystal decanter and glass designed by Ludwig Kny in the 1930s.

I promise the last in Ludwig Kny love in..... for now.

Classic for Ludwig, with soft deco shape, vertical leaves and stylised leaves. I did have to open my wallet and pay folding money for these, but they are great.

Now that I have given it away everyone will be out looking for Ludwigs.

I nearly forgot to say; Ludwig Kny was the son of Frederick Kny a skilled Bohemian glass cutter who to work for Stuarts in the 1890s. Ludwig followed his father into the business becoming Stuarts Chief Designer from 1918 to 1937.