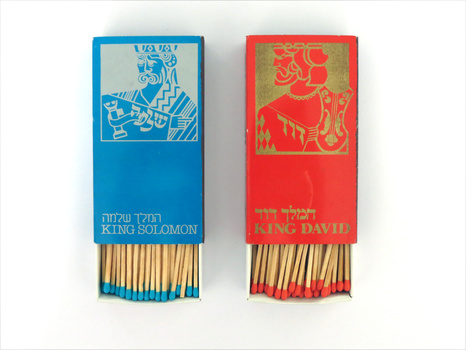 30 years ago, if you lit a cigarette on an aircraft, you wouldn't find yourself in handcuffs and in a foreign jail cell. It was encouraged. This set of matchboxes were distributed by cabin crew in EL AL's then King Solomon and King David Classes (the equivalent of First and Business Class). In regards to dates, I can only guess that these were in use in the 1970's because of the designs used which were implemented by Israeli graphic designers Ruth Rahat and Dan Reisinger upon the introduction of the Boeing 747 in the EL AL fleet.