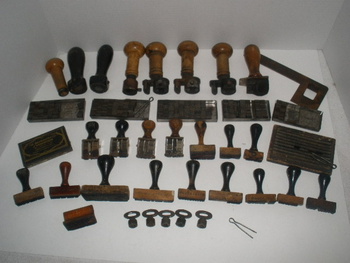 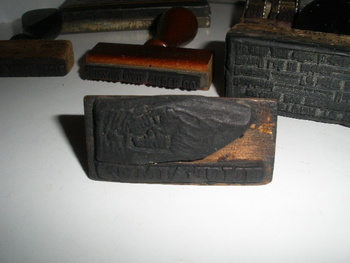 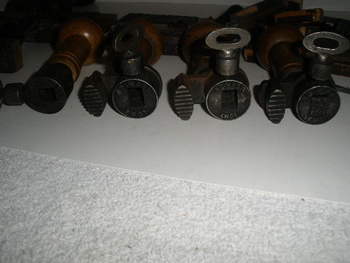 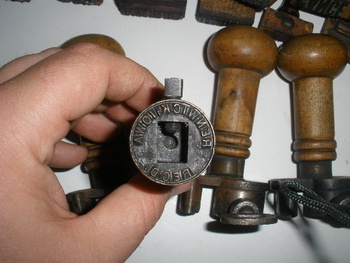 I went to a auction a couple of weeks ago and I bought a random box that no one wanted. I said I would pay a buck since I didnt know what was in it. I didnt really know what I had until a couple of days later when I was going though the box and found a little box inside it with this whole collection in it. The dates range from 1912 to 1926. The one hammer is a back stamp hammer. It was used to mark the back of envolpes to mark as recived but this was ended in the mid 1913's. the hammer is marked 1912. So i'm thinking it was one of the last ones made. I have about 4 sets of dies which includes numbers 1-31, years, am and pm times plus the half hours,months. Some of the handstamps looked to be hand made as things were introduced, like air mail and parcel post, and rural route mail. I have all the set screws and the keys plus one extra key. There is so much here. To find a hammer is uncommom but to find this whole collection, I'm still in shock. 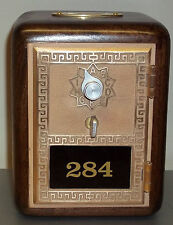 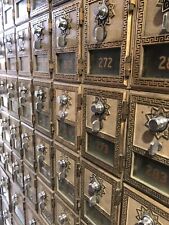 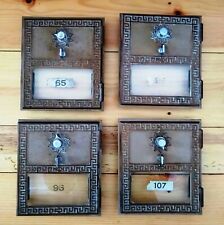 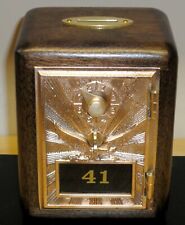