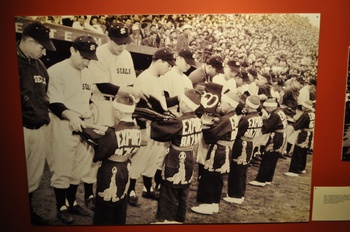 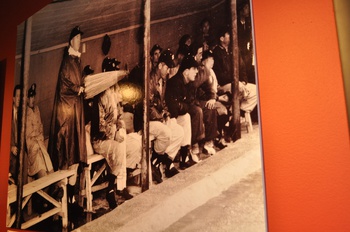 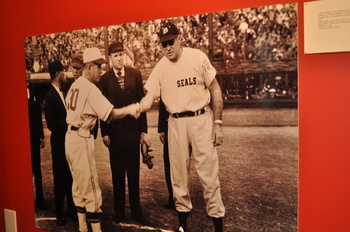 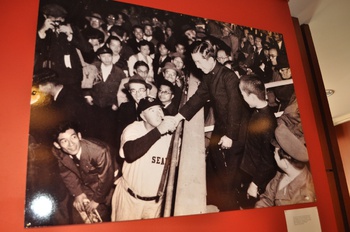 When the San Francisco Seals traveled to Japan to play Japanese teams on a goodwill tour in 1949, they took to many of the Japanese customs. This is part of what is documented at an exhibit I visited last week at the Society of California Pioneers.

The first photo here shows the ceremonial presentation of "Happi Coats," which are Japanese festival coats. They are being given to the Seals players by children.

The second photo shows the seals huddled in a small dugout during a game. It appears as if it could be raining.

The third photo shows Seals' manager Lefty O'Doul shaking hands with the manager of the All-Japan team, S. Fujimoto, before an October 23, 1949 game at Koshien Stadium.

The final photo shows the Crown Prince of Japan shaking hands with O'Doul prior to the game between the Seals and All-Kanto on October 17, 1949.