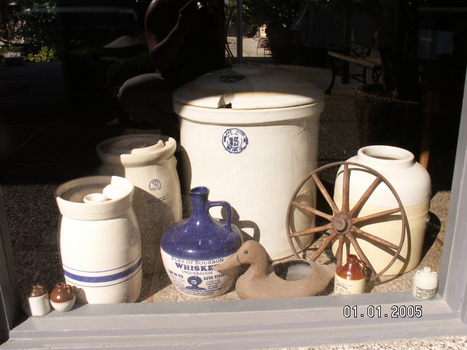 Just a few examples of what my husband has picked up over the years. I really had no idea it .. stoneware was so wildly popular!
The largest crock #15 . The lid is a #20 & is from an olive crock it appears damaged but isn't. That's the way it was made.
Can anyone identify for me the one on the far right of the photo? What it was used for?
There are no markings on it and it is just as you see it with the exception of the original plug which by the way is still inside of it.

Footprints in the Sand Ceramic Elec...
$24