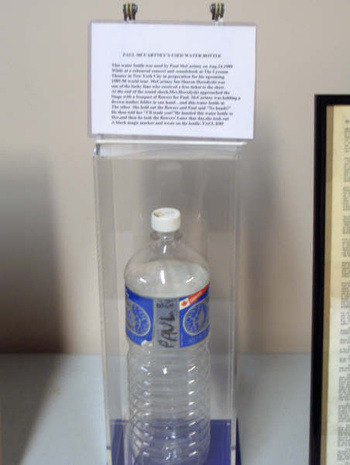 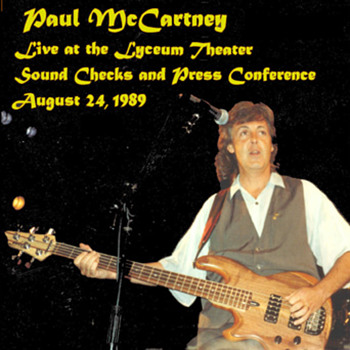 Here is a water bottle used by Paul McCartney on August 24, 1989 during a dress rehearsal show at the Lyceum Theater in NYC. He was getting ready for his 1989-1990 world tour. The bottle was given to a fan at the end of the show in exchange for a bouquet of flowers. When she got back to her hotel, she pulled out a black marker and wrote,- "PAUL 8/89" on the label.
When I used to put all of my memorabilia on display at Beatle shows all over the US and Canada...you'd be surprised how many women offered me money to put their lips on the bottle where Paul put his!!!