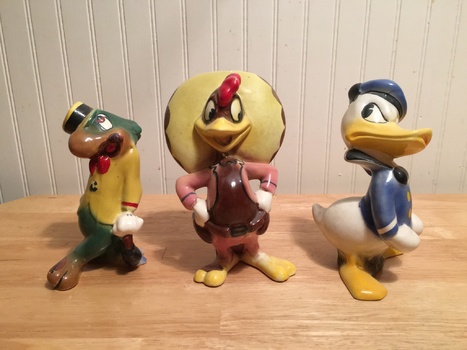 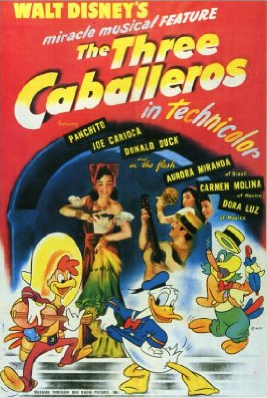 This is a set of American Pottery figurines from 1947 named: L - R: "Jose (Joe) Carioca", who represents Brazil - "Panchito Pistoles", who represents Mexico - "Donald Duck", who represents the USA. "The Three Caballeros" opened in Mexico City on December 21, 1944 and was released in the USA on February 3, 1945. It was Disney's seventh animated film. The film was produced as part of the Disney Studios "Good Will Message" for South America during WWII. The film received two Oscar Nominations in 1944. All three figures are 6 1/2 inches high.