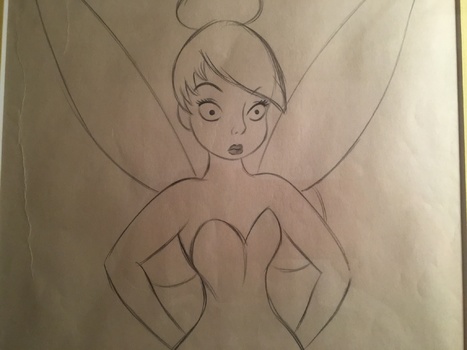 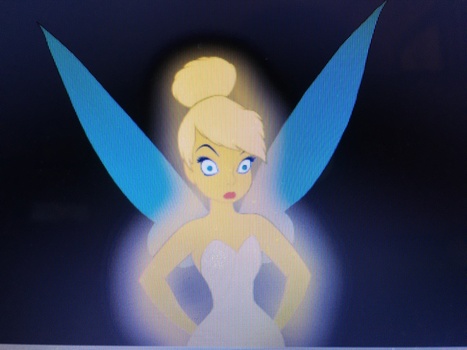 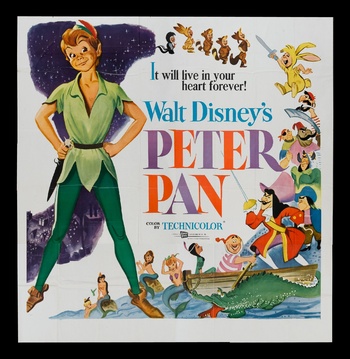 This is a finished animation drawing of "Tinkerbell", that was actually used in the production of Walt Disney's film Peter Pan. Next to it, is the cel that was made from the drawing. The film was released on February 5, 1953. Tinkerbell was a hotheaded pixie and Peter Pan's best friend. In 1935 Disney expressed making Peter Pan after Snow White and the Seven Dwarfs, but it was difficult to get the rights at the time. This was the final film that Disney's legendary animators, the "Nine Old Men," worked together.