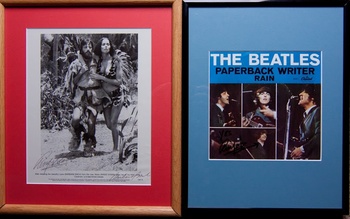 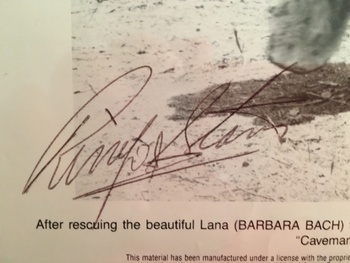 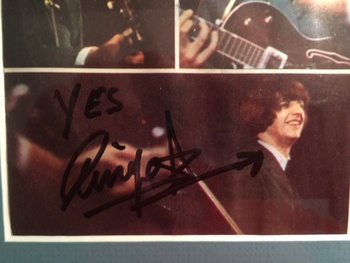 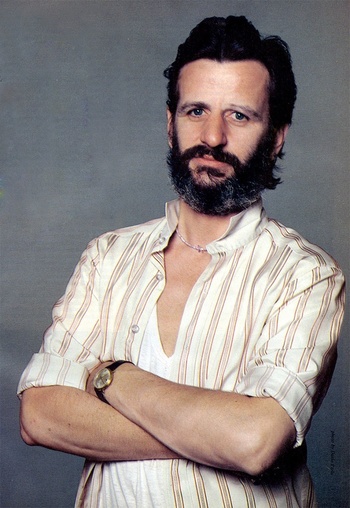 This picture of Ringo and his co-star...(and wife) Barbara Bach was signed in Spring 1981 during a promo tour for the film,"Caveman".Ringo has also signed this picture sleeve for The Beatles #1 hit,"Paperback Writer"released in 1966. This was signed in 1997. Ringo stopped signing autographs in October 2008.