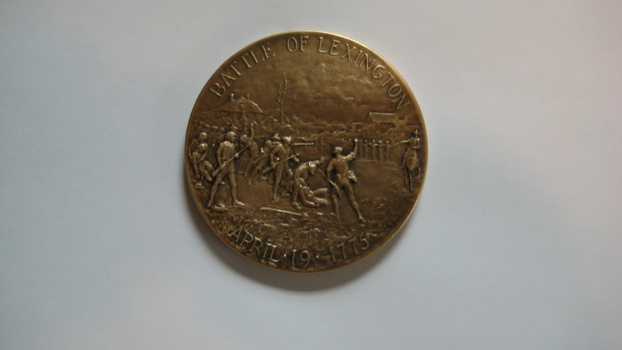 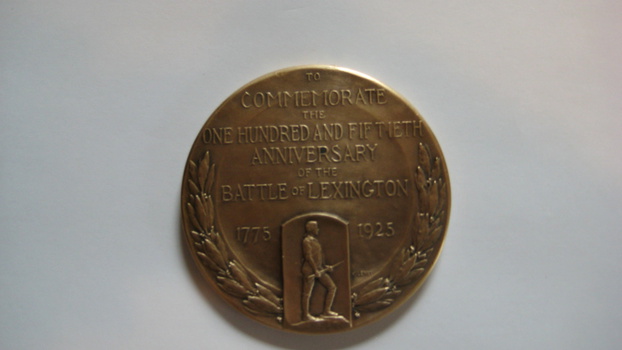 I have a 7 oz., 3" disc of what looks like bronze metal. I found it in an old burned out home in Dorchester, MA when I was about 13 years old. I'm now 61 and would like to know what I have. On one side it says "To Commemorate the One Hundred And Fiftieth Anniversary Of The Battle Of Lexington", 1775 - 1925, a picture of a soldier holding a rifle and a wheat pattern going up each side. On the other side it has a picture of several soldiers either in battle or picking up the wounded. Across the top "BATTLE OF LEXINGTON". On the bottom "APRIL . 19 . 1775". On the edge "Whitehouse.HOAG". I would appreciate any information you can give me.
Thanks, Angela Bottensek/Jacksonville, FL