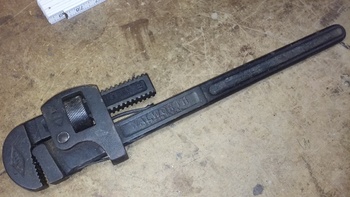 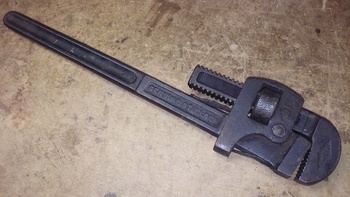 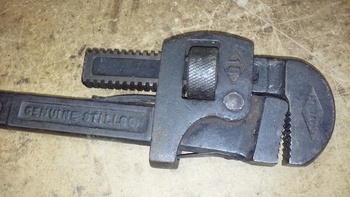 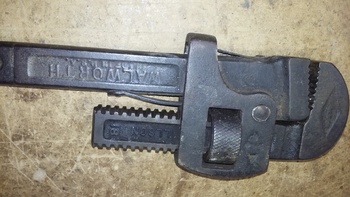 Never hurts to have another big'ole pipe wrench hanging around... ;-)

Guessing this one first belonged to Grandpa, Dad's was smaller and comparatively much newer, and was painted orange. Also guessing this is a "STILLSON WRENCH" as made by the "WALWORTH" Company -- what little info I've found so far kinda suggests that the 'type' of wrench is called STILLSON, but that they were actually made by more than one company. (???) In addition to those names, "MADE IN U.S.A." and the number "18", the only other markings are the diamond shaped 'logos' with something (STILLSON, I think?) within them. The "18" must refer to the size of the tool when it is roughly halfway open, it is about 16" long when completely closed. If this really was Grandpa's, it could easily date from the 1930's-40's, I don't know its actual age either.

Crescent Tools Give Wings to Work d...
$13
See all