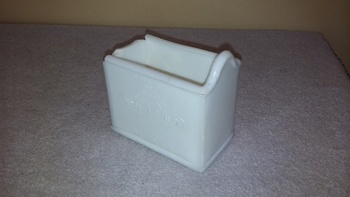 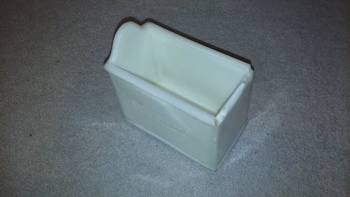 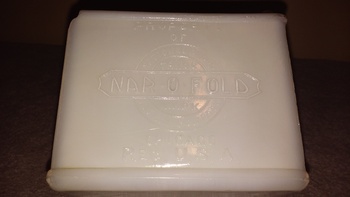 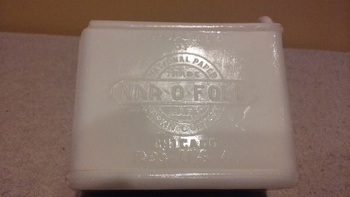 This small milk-glass napkin holder measures roughly 4" tall and wide, and 2.5"deep. On the middle of each side it is embossed with a "NAR-O-FOLD" trademark logo of the National Paper Napkin Company, with the words "CHICAGO REG. U.S.A." below it, and "PROPERTY OF" above. Sadly one of its rounded 'wings' on top was already broken/missing when I got it. (30+yrs ago?)

I haven't had a whole lot of luck learning much more about this thing, beyond that it probably dates from the 1930's or 40's, and was apparently a mass-produced (thus not terribly rare, now) item, which may have also been made in black (other colored?) glass.

It is *only* my speculation (based on that "property of" wording) that dispensers like this must have been (cheaply!) made and provided to restaurant/diner operators who in turn purchased NAR-O-FOLD brand napkins for use by their customers -- maybe even at a time in history when the whole idea of a "disposable paper napkin" was a novel new concept...?? 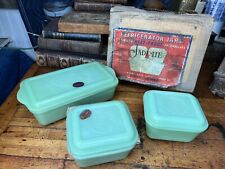 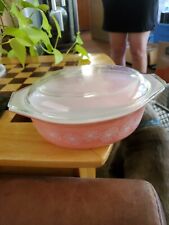 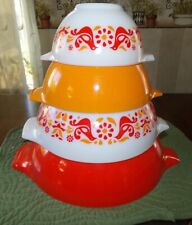