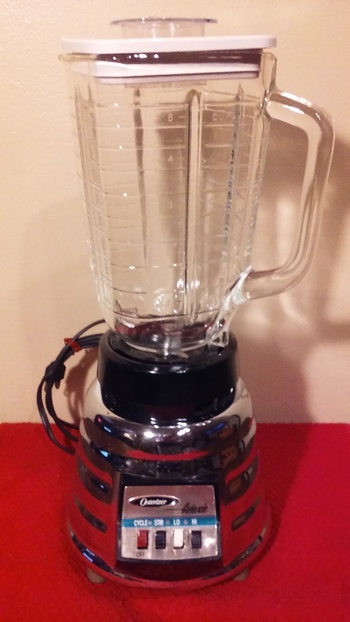 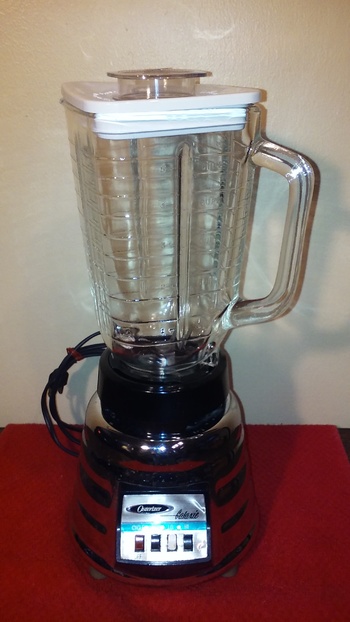 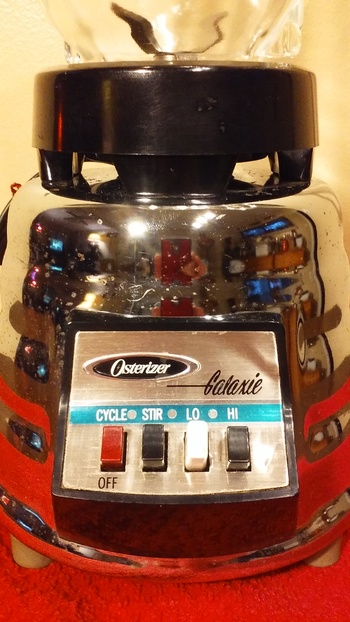 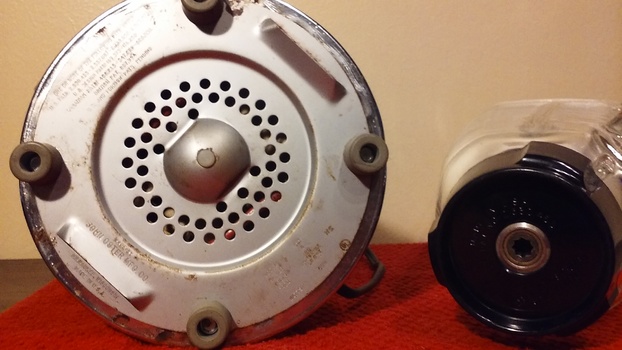 Here's the newest of my OSTERIZER blenders. ;-) :-) This chrome three speed GALAXY is model #481 made by the JOHN OSTER MFG. CO. of Milwaukee, WI. It is controlled by four pushbutton switches, the 3 speeds labeled "STIR", "LO", and "HI" with white/black buttons which latch in when pushed. The fourth (red) "OFF" button is also labeled "CYCLE" and functions to momentarily engage the "HI" motor speed if pushed slightly beyond its "OFF" position. (which disengages any other previously latched on settings)

I would guess this one is '3rd generation' (of my own collection anyway, if not the actual OSTER factory production schedule?) likely dating from the late 1960's to early 1970's. I cannot quite call this one 'original', since its motor unit and jar/parts were gathered separately from thrift stores 25-30yrs ago. Shaped basically identically to my DELUXE and SUPER DELUXE models despite the different switch assembly and 'extra speed', the jar holder on this model is made of black bakelite (I think?) and its bottom plate is again different. This machine is also noticeably lighter in weight than my older machines.

The glass jar is unbranded and is actually slightly larger than those with my older models, in that it measures 4-1/2" across. Its blade holder ring is also made of black bakelite instead of cast metal. I believe I purchased its lid and cap to fit it as "new parts" from a local hardware store at the time. Like the others, this one still operates perfectly.

EDIT: I have added an additional posting for all three of my OSTERIZERS, here: